vtree is used to generate variable trees, like the one above.

My colleague, Richard Webster, and I recently submitted a manuscript about vtree to the Journal of Statistical Software. A preprint titled Exploring data subsets with vtree is available. 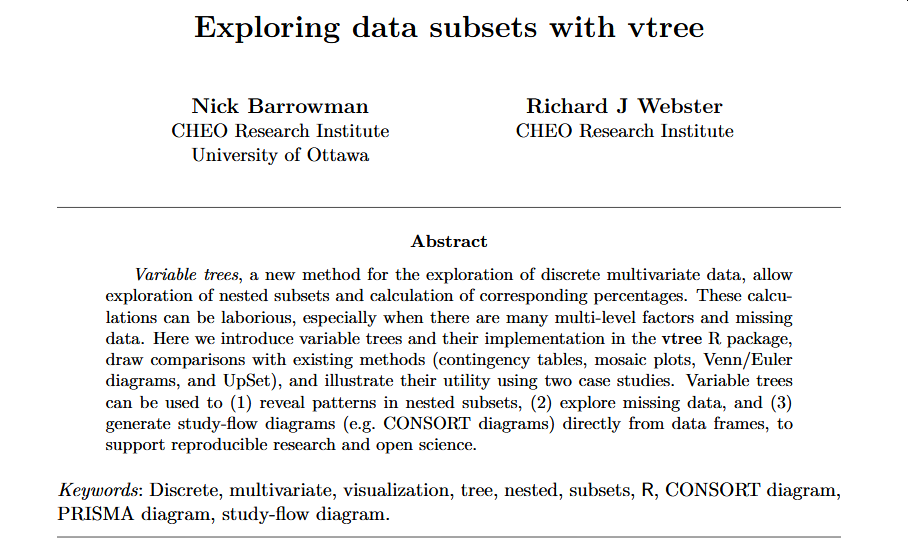 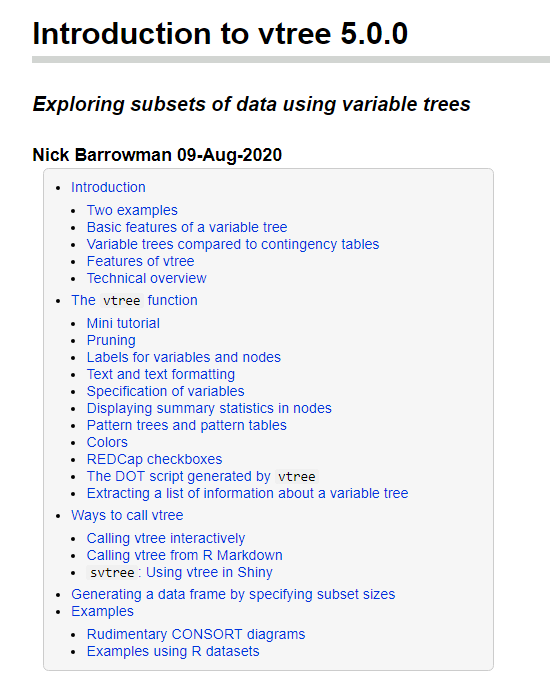 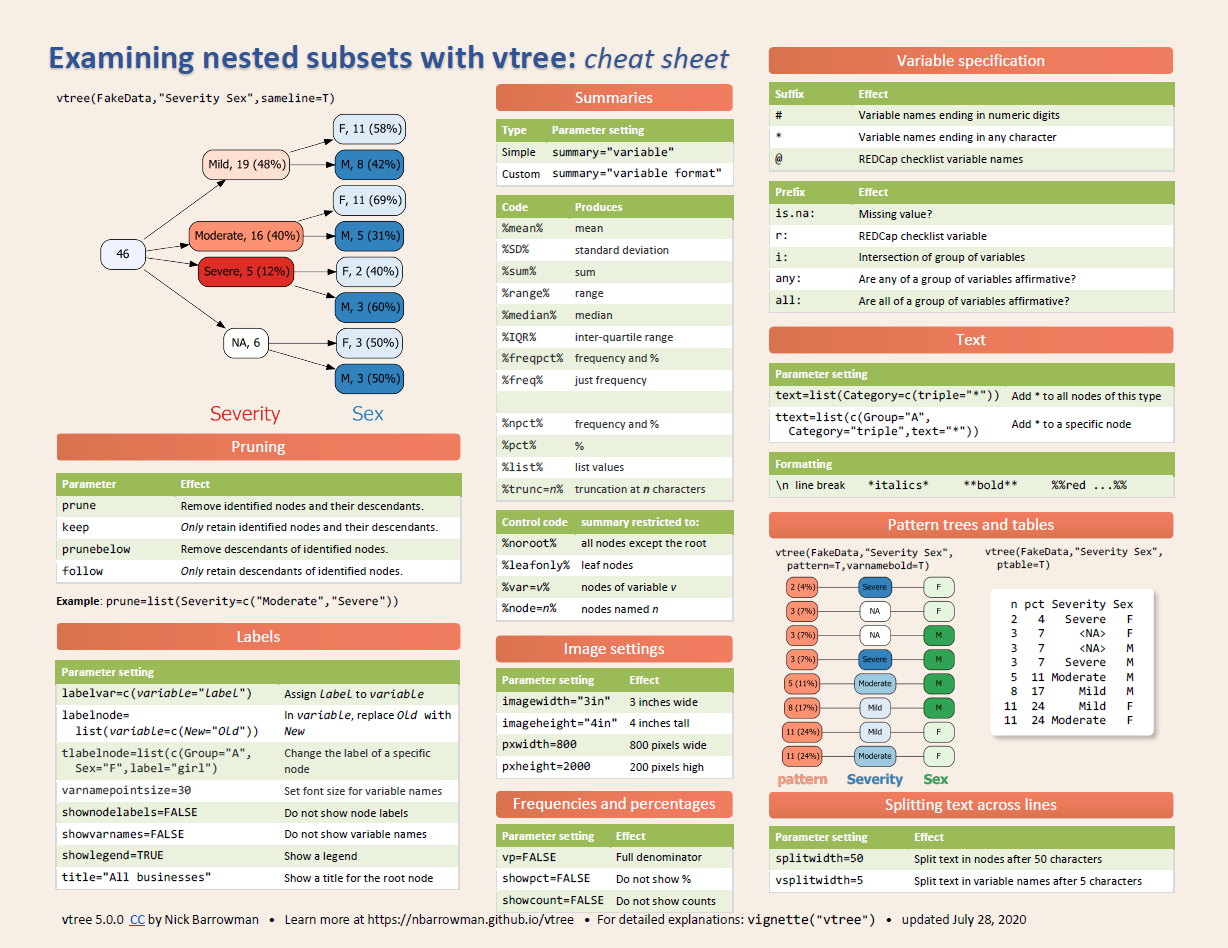 How to prune variable trees

A short powerpoint (10.4 MB) about vtree that was presented at the Canadian Research Software Conference in Montreal on May 28, 2019.

vtree is an R package built on open-source software including: DiagrammeR, Graphviz, htmlwidgets, Shiny, and svg-pan-zoom.